We believe Authentic Environmentalism is transparent and win/win, and hope that you do too.

This website uses cookies to improve your experience as a user. Using them also enables us to discover more effective ways to accomplish our pro-environmental mission. Please accept them for full functionality.

Is there a book related to any topic on this website that you would recommend everyone read?

(Here is a list of environmental resilience topics covered by Canadian newsmedia.)

Coverage of watersheds since January 9, 2022.

"...The collaborative effort to develop the strategy is focused on the management of rain to protect the health of watersheds in the region and to maintain a natural water balance. Strategies to achieve this include rainwater harvesting, minimizing paved or impermeable surfaces, protecting water quality, mitigating flooding and enhancing climate resilience..." 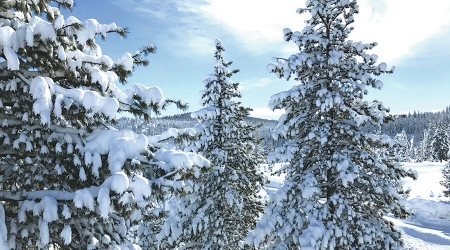 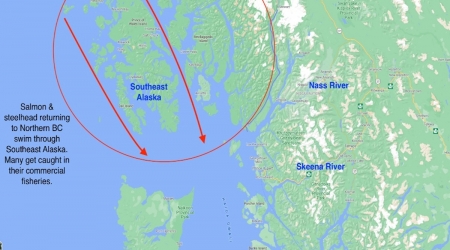 "...The plan, presented to city councillors on Wednesday, calls for a machine to suck up to 10,000 cubic metres of polluted sediment from the waterway by the end of 2022. The targeted dredging follows the spill of 24 billion litres of sewage and untreated wastewater into Chedoke Creek from a combined sewage overflow tank between 2014 and 2018..."

"...It’s stated in the plan that a reduction in water consumption will reduce environmental impacts related to water withdrawal from the watershed, reduce costs of operation and maintenance for the water system infrastructure, as well as reduce chemical volumes [for chlorination] needed to treat water..."

Trustee Laura Patrick Reports To Community As 2022 Kicks Off

"...The Protection of the Coastal Douglas Fir and Associated Ecosystem Project, through the contributions of a science working group, has developed a powerful mapping tool that brings together several layers of information about contiguous forests, sensitive ecosystems, protected areas and groundwater recharge potential. There are opportunities to use this tool to explore different management scenarios that can help us make informed choices when it comes to prioritizing areas for protection. The LTC is working with Salt Spring Fire Rescue to see if the use of development permit area tools is an effective approach to help mitigate wildfire risk..." 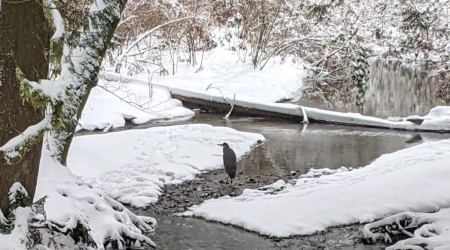 "...Yorkson Watershed Enhancement Society is seeking new volunteers to help with a variety of projects aimed at protecting nature and water quality in Yorkson Watershed, which flows from Willoughby, through Walnut Grove, to the Fraser River..." 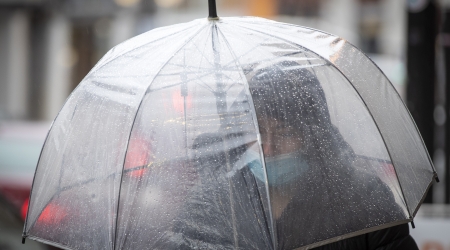 "...The organization has issued a High Streamflow Advisory for all of Vancouver Island. “The combination of low elevation snowpack, warming temperatures and heavy rainfall will result in rapid rises for creeks and rivers, especially at low and mid‐elevation watersheds on the island,” its statement reads. “It could result in minor to significant flooding..." 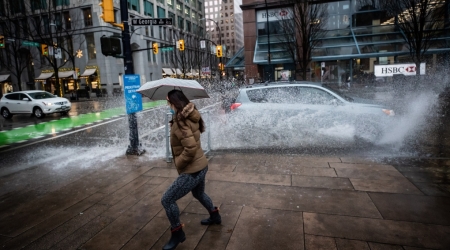 "...It says areas that experienced flooding last year may be more vulnerable, due to erosion and other conditions..."

Partnering with Producers for Land Improvements 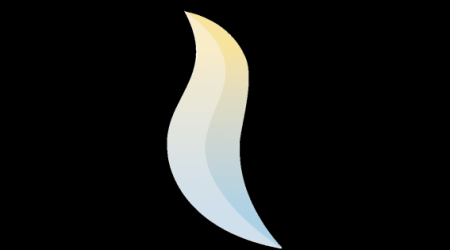 "...VICTORIA — The agency that monitors British Columbia’s waterways is warning of “minor to significant flooding” on B. C. ’s Lower Mainland and Vancouver Island as warming temperatures and persistent rain melt heavy snow..."

"...Because of that, the precipitation is expected to fall as snow at higher elevations, meaning only lower-elevation snow is expected to melt. Boyd said the primary concern remains the potential rapid rise of creeks and rivers in low- to mid-elevation watersheds, though he noted areas that were affected by November's floods could see problems as well. “Just the base flow could still be fairly high, and of course the erosion that did occur at that period of time may lead those systems to be a bit more vulnerable to high flows again,” he said..."

As an Amazon Associate we earn from qualifying purchases for up to 24 hours after you click on a book, funding this website. Thank you for your kind support.

watersheds Jan 2019
upvote this book: buy or give | recommend

A Photographic Journey into the Metro Vancouver Watershed.

Recent employment opportunities from across Canada.

"...It features a collection of 58 small lakes and their watersheds in northwestern Ontario, Canada..."

"...The incumbent will provide the primary support to quality check, analyse, archive and document water temperature data for select watersheds in British Columbia..."

"...forest, wildlife, wetlands, water and watersheds across the region âÂ¢ provide insight and advice to management on the development and management of review and planning processes âÂ¢ support public..." 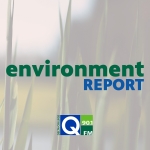 "...The Tick App gives users tips on avoiding ticks and lets them share their tick exposure..." 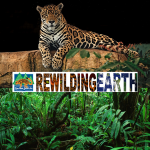 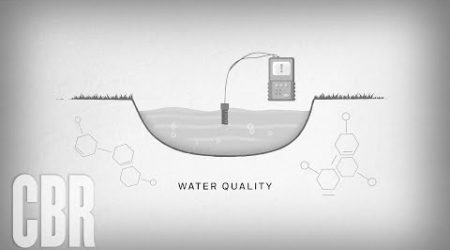 "...The discovery of hydraulic fracturing, better known as fracking, is considered by many to be the most important change in the energy sector since the introduction of nuclear-generated electricity more than 50 years ago..." 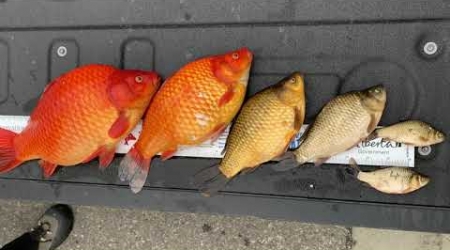 "...Alberta Environment and Parks staff are joined by the City of Lethbridge, Oldman Watershed Council and Alberta Invasive Species Council to discuss the impacts from goldfish on storm water management ponds and the environment..." 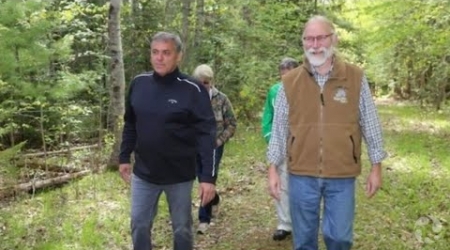 "...He is one of one of the province's most respected and committed environmentalists, advocating for trees, wildlife habitat and watersheds..." 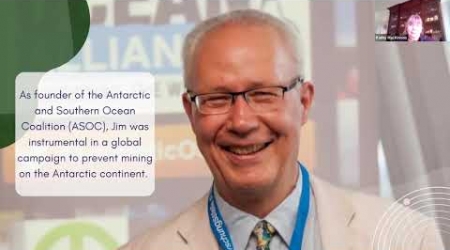 "...RAMBALDI (Brazil), for her work to establish the São João River Watershed Environmental Protection Area in Rio de Janeiro State, now designated as a federal protected area of 150,000 hectares, among a rich list of other achievements..."

Recent peer-reviewed papers about watersheds relevant to the latest news.

"...The scarcity of rainfall causes physiognomic changes that can be identified by satellite images with reference to vegetation signature and land use and land cover changes..."

"...These findings point to remarkable resiliency of IND vegetation to widely fluctuating levels of flooding that are driven not only by rainfall and run-off across the watershed but also by land use, water withdrawals and damming upstream..."

"...Regarding the CSAs identified only by nutrient load, agronomic measures such as reducing fertilizer amount, biochar application, straw incorporation, and plastic mulch coverage can be employed to improve soil water retention and curb soil erosion..."

Vegetation restoration and agricultural management to mitigate nitrogen pollution in the surface waters of the Dan River, China

"...Four key ESs including food supply (FS), soil conservation (SC), water conservation (WC), and habitat quality (HQ) in BLJW in 1990, 2002, and 2016 were mapped to analyze the scale effects at the watershed, county, and township scales..."

"...Rapid urbanization coupled with climate change is causing the rapid disappearance of natural springs resulting in water shortage in the urban areas..."

"...Agricultural water management plays a significant role in the sustainable development of the watershed..."

"...The quality of groundwater in the study watershed has worsened because of industrial effluents and residential wastes from the urbanized cities; therefore, there is an important need to explore the aquifer vulnerability to pollution for sustainable groundwater management in the Irrigated Indus Basin (IIB)..."

"...The relationship between landscape patterns and soil conservation, as well as the need for nature-based soil erosion control and landscape pattern optimization, have increasingly gained attention in the scientific and political community in the past decade..."

"...Although the microbial ecology in V-contaminated soils has been intensively studied, the impacted watershed ecosystems have not been systematically investigated..."

"...Understanding drainage characteristics of watersheds for stability and gradual release of waters downstream is imperative to recognize their linkage to erosion and flash flood processes..."